I am afraid of finding out that what
we have is just another carousel ride.
That the ride will end and I’ll get back
to writing poems about losing things.
I am a f r a i d yes.
But less than I was before.
Because I know that
what we have is a choice.
And we chose to be happy,
we don’t need to quantify that.
We just need to BE happy,
and I am, with you.

No matter how much
you tear me apart,
somehow I will stitch
myself together.
I won’t be perfect,
but I will be whole.

Being a nurse by profession, I have always loved medicine-related TV shows. I used to be addicted by Grey’s Anatomy. But after Derek died, it feels like it all went downhill after that. I have seen them grow old right before my eyes – 14 seasons! Wow!

Then after that was The Good Doctor. I think I saw a Korean TV series like that, though I don’t know if it was lifted from that or just similar all together.

Then this – The Resident. If you’re wondering where you saw the Indian doctor, that’s Manish Dayal, the guy from Viceroy’s House. All the other leading actors have already been seen in previous TV series.

I heard this first while watching the most recent episode of Grey’s Anatomy. Absolutely in love with this. The original version is by Lissie, this version is by Sleeping At Last.

END_OF_DOCUMENT_TOKEN_TO_BE_REPLACED

They say that there are only 2 kinds of people who are awake in the morning, the lonely and the loved. I don’t know which one I am, but during these hours between sleep and waking, that’s when I feel the surge of life. Writing, for me, is translating some lost sensation into a place you can return to, a dream you’re trying to touch. So as the edge of dawn approaches, it creeps upon me. This fire, this hope. So I hope, and I hope. And I hold onto this hope in my heart like a lifeboat, and I write.

Excited to see this!

On good days, upon waking, I feel renewed, my soul stitched back together amidst the ugly phantoms in my head.

You point out the curve of your stomach
and the ripple of your thighs, as if
these are flaws you need to hide,
when you look in the mirror
and see not good enough, please
remember that I see strong
hands, stronger willpower,
resilient heart, easy laughter,
kind eyes, fast wit. You are
delicate and wild, insane and
unpredictable. Accept your
complexity and depth and don’t
apologize for it. You are every
inch of the reason I count myself
so damn lucky to be a woman.

Who said that a movie should be uber complicated to be marvelous?

This is one of the most poignant, quaint, simplest, magnificent movies I have seen in a while.

It won Best Director and Best Picture in the recent Oscar Awards.This is definitely a must-see.

The one with bad timing, the unavailable one, the inaccessible one, the one with baggage, the one who is all wrong for them. The one they think they see everywhere, the one they wonder about, the one they find themselves thinking about even when they wish they wouldn’t, even though they know they shouldn’t. Everyone has that one who has moved on, whom they tell themselves they’ve moved on from, and yet still makes their hearts skip and their stomachs flip and their fingers type flowery words into phones at ungodly hours.

There was an error retrieving images from Instagram. An attempt will be remade in a few minutes.

Shit I often write about 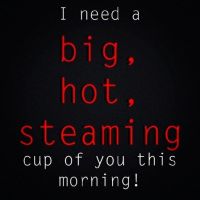 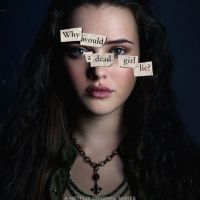